The biggest musical trends of 2021, so you can keep an eye

2020 has already anticipated some major changes in the music field, from consumption to production, and they only tend to increase in the year that begins. We already saw a few unexpected collaborations between different styles, like hip-hop and country music.

The songs are getting smaller and smaller.

In 2020, the average length of the Top 40 tracks was three minutes and seven seconds. It’s 30 seconds less than the previous year This is a direct reflection of streaming and music discovery by playlists. Consequently, traditional pop songs have had their structure renewed, to decrease the chances of the listener jumping in the first few seconds, since there are 52 more artists in the same playlist to listen to.

Should you decrease your music because of playlists?

From a business point of view, shortening the length of your music may be the smartest decision. Unless you are the TOOL band, which had the third most sought-after album of 2020, fans will not be able to handle very long songs.

But not all hope is lost. Songs adapted for playlists can attract listeners to learn about your other songs.

But if you feel that decreasing your music is sacrificing your artistic integrity, the solution is simple: don’t shorten any of your songs.

Music genres are becoming a thing of the past.

Nelly and Tim McGraw may have been the first hip-hop and country artists who mixed their styles with others and reached number 1 on the charts, but in 2020 we saw Lil Nas X break record after record. Grammy production people disagreed that his album, “Old Town Road,” could fit on Billboard’s Country chart, no matter how musical the album was listed. But even so, the song was a resounding and lasting success.

So how should I categorize my music? 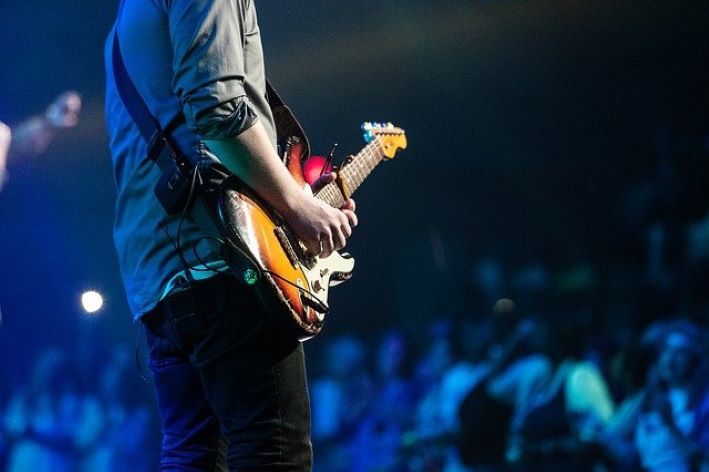 “Old Town Road” fulfills many of the prerequisites of country music, but at the same time it also has a hip-hop groove and a sample from the band Nine Inch Nails. There are a lot of country songs with similar logic, however, why are these other artists not being so analyzed about their style? The answer is culture.

“She’s not even from this school,” Damian would say in “Mean Girls”.

To win the approval of the country, “Old Town Road” had a series of unusual remixes, with participation of people like Billy Ray Cyrus and Diplo This hybrid song was a huge success, received several Grammy nominations and won several at the country CMA Awards

Lil Nas X is yet to release another song with a more country feel He travels through several other styles, which is an admirable thing Other artists, like Tyler, the Creator recently released albums with mixed styles

People care more about culture than music, especially in hip-hop and this is an indication of the path the music market is taking. Artists like Bowie and PJ Harvey deserve all the recognition for mixing styles, but there are still barriers to be broken.

The 1980s came back with everything.

All music genres, like country music turn back to their roots. This return had been announced for a long time, with the return of funk. And it seems that in this new year the 80s will return with everything, both in aesthetics and in sound. Thanks to some pop artists, reverb and synthesizers should be heard everywhere again.

Should you be riding this wave? It’s worth thinking about: better to change your style to try to take advantage of a trend, or is it better to bet on your weapons? The music market rewards diversity more than ever Just look at pop stars like The Weeknd, Billie Eilish and Charlie Puth, who got a little closer to that style, but each kept their soul.

Physical music sales are down

If you can only do one action on this list, that is: upload your music to Spotify and Apple Music.

According to Nielsen’s 2020 report, the Mid-Year Report, streaming accounts for 78% of music consumption Vinyl records, however, are on the rise, with a 9.6% increase in sales, compared to the previous year. One idea is to put CDs and vinyl records in packages with other merchandise from your band, like T-shirts, since the sale of records in packages with other products is now also counted in the charts.

Distributing your music online is very easy. You have nothing to lose, and everything to gain.

Technology is changing the spread of music – and very fast.

If you find it difficult to keep up with all the musical platforms, the technologies and the devices that appear, it is because it is really difficult. The way we discover and consume music is changing daily.

The growing market for live streaming.

YouTube has been around for a long time, and remains the king of content. But, as this platform becomes saturated and with too many ads, content creators strive to connect with their fans in a more personal way. And that’s where live streaming sites like Twitch and Mixer come in.

They are more popular for those who like to watch people playing video games live in streaming, but Twitch also serves musicians of all types and ranges. You can be a beginner or an electronic music star, like Deadmau5, and both ways you will be able to get in touch with fans who will connect with the work you are launching there, live. And that audience can become your fan and follow you for years.

The best time to be a musician is now

Paying close attention to trends can make you optimistic or stressed. But let’s be hopeful Looking at the big picture and trying to stay ahead of other artists can be daunting, but remember that many of the stars you admire have already been in your place. Don’t get too hot with the question “where is the music market going?”