Country music has a lot to do with roots, and these cities have nurtured them for decades

Artists and their children often become one with their hometown, building a history with a certain kind of country music style. Today in there birthplaces are held annual country festivals. Next, we present the main places of influence; sites where traditions were born and passed from generation to generation to today’s artists.

On the Virginia – Tennessee border, the city of Bristol was the place where the first country songs were recorded. The Bristol Sessions of 1927 are among the moments and artists captured in the Birthplace of Country Music Museum. For live music, there’s the Bristol Rhythm & Roots Reunion festival, held at venues on both sides of the state line each fall. For lunch, visit the Burger Bar, which, according to legend, was the place where the legendary Hank Williams Sr. ate his last meal.

The birthplace of bluegrass is home to the ROMP Festival, which features all-time stars like Ricky Skaggs and Alison Krauss, as well as up-and-coming artists like the Fireside Collective. If you want to learn about history, visit the Bluegrass Music Hall of Fame & Museum. You can also see live shows at the museum or at the Owensboro Sportscenter, where numerous concerts by legendary artists have been performed, including some country stars like Merle Haggard, Roy Rogers and Gene Autry.

This is the city where country legends are born. New stars like Taylor Swift and Jason Aldean gather on stage at the Ryman Auditorium, home of the Grand Ole Opry, and you can find legends from the past in the Country Music Hall of Fame. and the Johnny Cash Museum. Broadway features the legendary honky-tonks (Tootsie’s Orchid Lounge), traditional country clubs (Robert’s Western World) and stores selling western clothing (Boot Barn). For six years, the city was also the location of the famous television show ” Nashville “.

The Bakersfield Sound is a product of a working-class city. Buck Owens and Merle Haggard patented a story-driven electric sound that many rock artists such as The Grateful Dead and Son Volt incorporated. You can review history and catch some live shows at the Bakersfield Music Hall of Fame. At Buck Owens’ Crystal Palace you’ll find live country music performed by future stars, a museum displaying Buck’s guitars and costumes, and a restaurant with pork wings, burgers and pizza. The Rabobank Arena Theater & Convention Center is the big house where you can see performances by artists like Carrie Underwood. 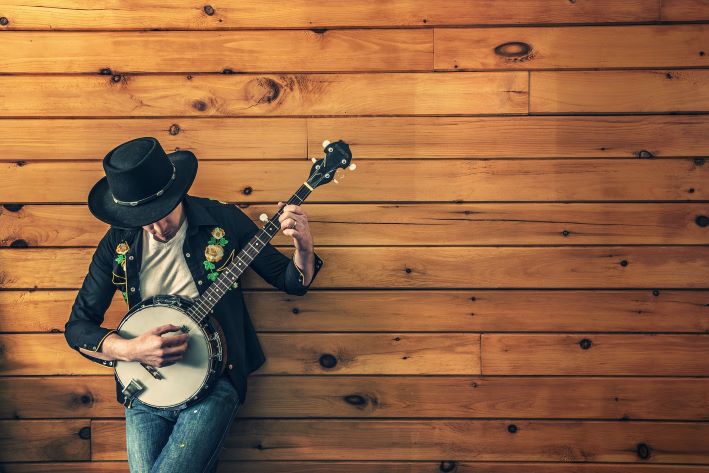 Home to an abundance of country festivals, including South by Southwest and Austin City Limits, it also features the Luck Reunion event, hosted by Willie Nelson, Austin’s prototypical outlaw ; he’s coming from Abbott, about a mile north. Get some western music, clothing and trinkets at Callahan’s General Store, where you can also hear some live music. Riding wild horses and bulls, food and music; all of this comes together in Rodeo Austin.

Surrounded by snow-capped mountains, Denver was once the gateway to the Old West. If you want to get ready for a show, visit Rockmount Ranch Wear for funky button-down shirts and other Old West merchandise. There’s also the annual Country Jam, a four-day festival that takes place in June and features more than 30 performances by the best country artists in Colorado’s famous red rock landscape.

The conception of alternative country occurred almost a kilometer southeast of St. Louis in 1990, when Uncle Tupelo (who later created Wilco) released “No Depression,” a set of songs that linked traditional country with indie and punk rock. To see other groups following in the band’s footsteps, check out the Atomic Cowboy shows, which also serve up delicious Mexican food on the second floor. With a menu as impressive as its cast of shows, Game 6 Honky Tony has become one of the best-known country venues in the city.

Branson offers a performance of country with musicians, comedians, country dances and a variety of performances in renovated venues such as the Grand Country Music Hall. The town is located in the Ozark Mountains, a huge swath of different natural wonders (great lakes and streams, plains and mountains) and plenty of room for family activities in the water, caves, or on the ground. CJ Newsom, the Presley’s and Buck Trent are among the artists who have performed at variety shows in Branson.