Music in the West

Western culture and country festivals passes through three centuries of history of the colonization of the North American continent, the literature and comics that inspired it – from “The Last of the Mohicans” by James Fenimore Cooper to the works of Owen Wister, Zane Gray and Louis L’Amour, up to the most recent “Dances with Wolves” by Michael Blake – and above all cinema, which despite the evident decline of recent decades continues undaunted to churn out new plots, from “Django Unchained” by Quentin Tarantino (winner of 2 Oscars in 2013) to “The Lone Ranger”, directed by Gore Verbinski.

“Western music”, which has various facets and has its roots in different times and places, therefore remains as one of the most significant representations of this adventurous and timeless genre, literally begun with the famous work of Fenimore Cooper in 1826 and from the point of cinematic view with the well-known “Assault on the train” by Edwin S Porter which appeared on the screens in 1903.

As anticipated, the melodies that today constitute the foundation of the culture of the Frontier, were born in ancient times and were the product of the massive and varied immigration from old Europe. Like any other cultural expression, however, it suffered some discrimination and was sometimes viewed with suspicion in some quarters.

The ancient Puritans of Massachussets, for example, had forbidden it in their churches, opposed parties and dancing entertainment, convinced as they were that all this represented a device of the devil to undermine their rigid morality, because they believed that even the smallpox epidemics and cholera and the incursions of hostile Indians were the work of the Evil One Yet, outside the places of worship, they were allowed to appreciate it, like literature and poetry.

The Redskins who lived around their colonies in the seventeenth century instead practiced dances for decades, accompanied by songs and disciplined by suggestive rituals when they were addressed to their mysterious divinities or to the spirits who populated the earth and the waters, but it is known that the Cultists of ethical orthodoxy considered them only pagans “children of Satan”, defending the purity of their customs with often extreme remedies The indiscriminate massacres carried out against some “ravaged” tribes – such as the Pequod, almost completely exterminated in 1637 – were only one of the tragic consequences.

The real country western music has quite distant origins and can be geographically located in an area of ​​North Carolina.

In fact, he was born among the “poor whites” of the Appalachian Mountains. From 1925 onwards the term for these dispossessed was “hillbilly” (lout) which referred to the inhabitants of the vast southern area between Georgia and the Ozark Mountains, which stretch to the southern part of Missouri and north-central Arkansas. 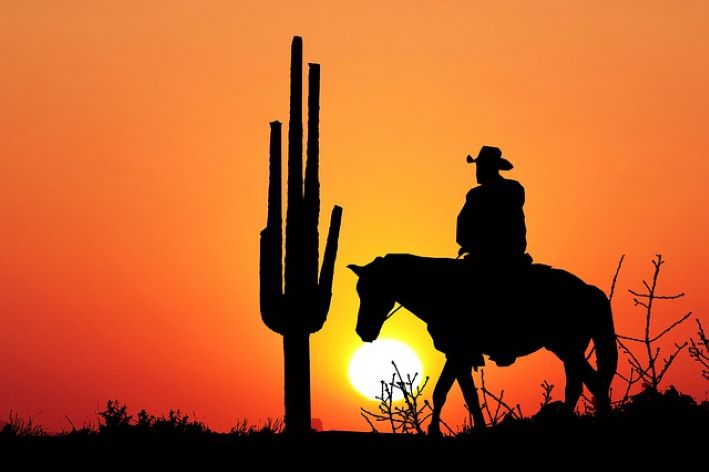 Western music easily met the favor of the public, who mistakenly considered it an emanation from Texas, a state of the South but also of the West. It was probably Jimmie Rodgers (1897-1933) who, although he was born in Meridian, Mississippi (other sources argue in Geiger, Alabama, still in the deep South) was considered Texan for having chosen this region as a place of residence.

In reality, the juxtaposition between western and country music is somewhat arbitrary and according to some opinions these are only two phenomena that interacted with each other using the common figure of the cowboy as trait union, without the traditional herdsman. The birth of the cowboy myth, emphasized by legends such as that of Pecos Bill and by the cinema, meant that even country music became a sort of background for the free and somewhat wild rider of the great prairies.

Western cinema has taken into account, in many of its productions, the popular songs and ballads of the time, sometimes adapted or arranged by modern composers. Many of these motifs, as has been said, were of European origin and were imported to the American continent by immigrants of various nationalities, especially English, Scottish and Irish.